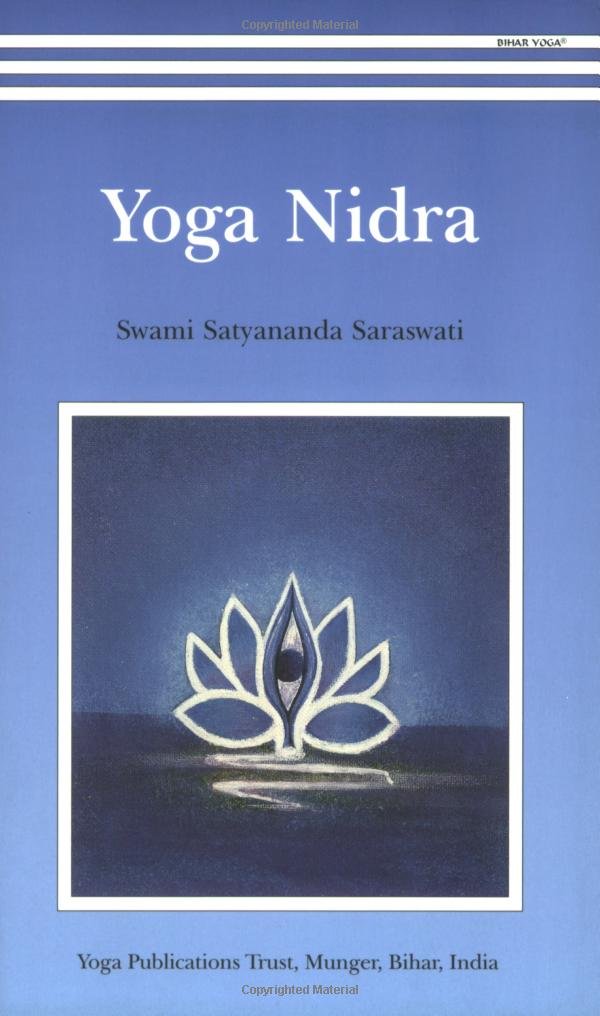 Thirty years ago, when I began to teach yoga and Yoga Nidra in New York, nobody knew Yoga Nidra. When they experienced it, they loved it and could not get enough. The Yoga Nidras were the ones taught, described, and transcribed in the book Yoga Nidra by Swami Satyananda.

Having experienced and witnessed their profound effect in India, it was clear that this was a powerful technique that anyone could practice. My mentor, Swami Buddhananda Saraswati, a senior monk at the Bihar School of Yoga, was a master of Yoga Nidra and made it a process of magical transformation.

Now Yoga Nidra has become far more familiar. Richard Miller learned Satynananda Yoga Nidra and his interpretation is branded as iRest. What people are not aware of is that Swami Satyananda is responsible for bringing this technique out into the open from the tantras and making it accessible to everyone. Reading this book, first published in 1976, will give the readers original information directly from Swami Satyananda and the monks who helped write the book. Swami Rama was another towering figure, but we have no book on the practice by him.

What is Yoga Nidra? It is often described as “conscious sleep”, “yogic sleep”, or “dynamic sleep.” The practice is essentially a technique of sense withdrawal called pratyahara in raja yoga, and it is the fifth step in the eight steps of Patanjali’s yoga. Sense withdrawal is essential for the next steps of concentration (dharana) and meditation or paying attention/mindfulness (dhyana). So advanced Yoga Nidra can lead to concentration and meditation.

The process is structured and systematic to induce complete physical, mental, and emotional relaxation. The awareness is on the threshold of conscious awareness and sleep. In fact, everyone drifts in and out of the two states toward the beginning.

Swami Satyananda states that the characteristic feature of Yoga Nidra is the systematic rotation of consciousness (now called deep relaxation). This feature comes from the tantric practice of nyasa (to place). In nyasa, specific mantras were placed on various parts of the body as a way of consecrating it and instilling higher/divine awareness into the body. Swami Satyananda devised the contemporary Yoga Nidra by placing visual and mental awareness on parts of the body through the initial step of rotating consciousness throughout the body. Modern psychology suggests this may be a way to increase emotional intelligence.

Yoga Nidra is ideally practiced in the corpse position or shavasana. It can be 10-15 minutes or 60 minutes long. It begins with a positive affirmation or resolve. This is very helpful in determining a goal in life—what do I want? It is followed by rotation of consciousness, which relaxes the physical body. This step begins the process of moving away from external distractions. Then comes breath awareness, which deepens the process of physical relaxation and starts the process of emotional calmness. Concentration happens in relaxed states, not agitated states. The breath also awakens prana, the vital life force, which can be directed to all parts of the body. Next comes the awareness of feelings and sensations. Memories of profound feelings are released. It is different from insight meditations of the Buddhist vipassana tradition (which has many similarities with Yoga Nidra) because opposite pairs of feelings are invoked (heat/cold, heaviness/lightness, pleasure/pain). This deepens emotional release of tension. It is followed by visualization. This stage develops self-awareness and relaxes the mind by freeing it from painful and disturbing mind content. The process ends with the visualization of an image that evokes profound peace and calmness.

Yoga Nidra is now used to relax, to alleviate symptoms of anxiety and stress, to help lower blood pressure, to improve learning and memory, to clarify thinking/perception/intuition, for post traumatic stress syndrome, to transform lives of prisoners and war veterans, to improve discipline and concentration, and for spiritual transformation. Yoga Nidra is much, much more than deep physical relaxation.

In this book, the reader does not just read the background, description, research, and applications, but actually gets numerous transcripts of progressive Yoga Nidras. Since the book was written, there is more supportive research-based evidence. You can record the transcript by reading it yourself, and then practice. Swami Satyananda has been incredibly generous in sharing this amount of information in one book.

Note: Several Yoga Nidras (not part of the book) are offered on this blog under meditation.